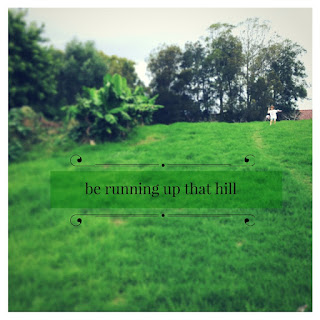 Nestled beyond the grandly dilapidated, beautiful decay of the Callan Park buildings are rugby ovals, cricket pitches, and soccer fields. Georgie had soccer training at one of these fields last week and not only did she play a spontaneous hide-n-seek game amongst the pine trees and unmowed grass during a rain break but at the end of practice hurridley trudged up this little but very steep hillside. There she was, clad in her cleats and Bucky Badger tshirt hustling to the top. And then rolling back down, which of course makes me think of the Little House on the Prairie closing credits. I am pretty sure that all kids in the 1980s rambled down hillsides no matter the natural hazards thanks to the Ingalls children.

But of course, it is also the fiery, shimmering words of Kate Bush that come to mind. Utterly timeless, and applicable to real life. Keep running, be running, or still running is a touchstone of mine.

Posted by chunkytoast at 12:45 PM No comments:

Step Into My Office, Baby 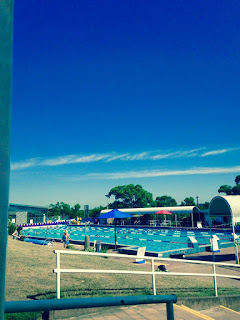 I have Belle & Sebastian running through my mind. Another Sunny Day. A Brilliant Career. The pensive lyrics and Scottish ennui somehow suit sitting next to the municipal pool at 11am in a Wednesday. Should I really be here? Should I be packing the house to move? Churning out cover letter after cover letter and stalking HR people on LinkedIn? Probably a bit of both, but let's not forget that a bit of paddling on the pool is necessary as well. That's what I tell myself. And breathe.
Posted by chunkytoast at 11:36 AM No comments:

View from a morning run 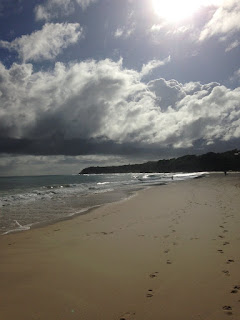 Sun, water, Sky, sand. One of my favourite ways to start the day. Listened to the All Songs Considered Year In Music and just like the presenters, the mere lyrics of Sufjan Stevens from "4th of July" give me tears. My little Versailles.

Will have to bid adieu tomorrow to this island in the Pacific Ocean. Home Beach, one of the only north facing beaches on the east coast of Australia, according to my father-in-law.

The water was fantastic first thing.
Posted by chunkytoast at 11:37 AM No comments: 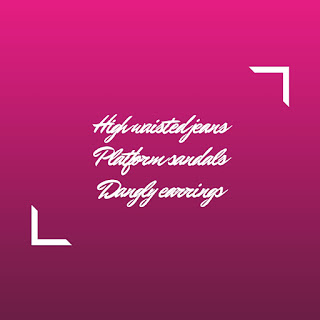 This was me, last night at Florence + The Machine. I wore a tshirt from the Gap too. I was so excited to be out at a concert with a lot of heart, energy, and modern dance moves by Florence herself, resplendent in tailored white pantsuit. She made the show her own, which I feel like the more shows you go to you see less and less of. But like most things in life, maybe it is the law of diminishing returns in action. Anyway, thank you Florence Welch for making big singalong songs and grand gestures.

Posted by chunkytoast at 12:48 PM No comments:

Clouds in my coffee

I have one of those distinct memories from around age 5 or 6 (in other words, now it is slightly vague but I am SO sure it happened) of my mom singing along to "You're So Vain" while toodling along in her 'little red Chevette'. We were probably going to one of my brother's Little League games or to my Grandma's or to pick up some McDonald's.

The line and the imagery of "clouds in my coffee" has stuck with me. I suppose it is because when you're little, clouds are in the sky and, well, how do they get into a cup of coffee? 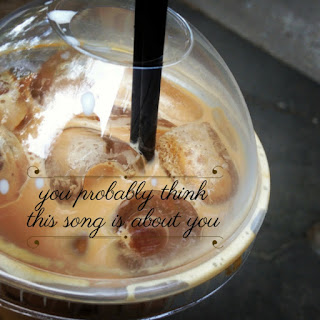 "You're So Vain" is a timeless song - she's taking a real dig at him and it could be any year. Any jerk of a guy. Any smart girl who has a way with words.

The backstory is one of those great ones that has taken decades to unravel. Ann put it on a mix CD for me in the early 2000s, I ripped it onto my iTunes, it's lived on probably 5 different iPods/iPhones over the years, and now I most often listen to it on Spotify. And that little line resonates now with 5 year-old Georgie, just like it did -- and does -- with me. Except G sings "clouds in your coffee, clouds in your coffee"because as she says, she doesn't drink coffee yet.

Your scarf it was apricot...

Posted by chunkytoast at 10:52 PM No comments:

Writing a novel while your baby sleeps

It started with JK Rowling who famously wrote Harry Potter in cafes in Edinbugh while her new baby slept. There's always someone writing a first-time novel while on maternity leave. I just want to write a first-time novella for fourth graders. Haven't gotten to that yet. But I have canva, pinterest, a nostalgia for 1970s kitchens, and a baby who sleeps only long enough to create little memes and blogposts.

I love this kitchen. I also love her sweater and high-waited jeans. 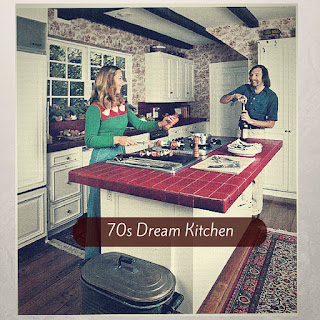 I was never even in one like this, but feel like the Eight Is Enough household had something similar. My best friend Ann and I still reminiscence about the 1970s kitchen in the house she grew up in -- the avocado fridge, the avocado stove, the avocado linoleum floors. The yellow rotary phone on the wall above a little desk (avocado countertops), next to a bulletin board with weekly reminders and a University Bookstore calendar affixed to the wall. We spent many afterschool afternoons-into-evening times in there - snacking, talking, listening to Depeche Mode and Erasure, talking. The seasons changed out the window, the yellow formica table became a rather sleek, tall wooden table with barstool type seats. But it was always the 1970s kitchen, open to all the teenage angst and hunger that came its way.

meme by lil old me

Posted by chunkytoast at 2:25 PM No comments:

A feeling of feelings


Daughter are a band I became acquainted with when I was handed their album 'If You Leave' during my first week at Inertia. It isn't quite dark-and-stormy-night music as it is moody-as-night-falls music, which is really one of my favourite kinds.

I saw the band play at the Metro over a year ago and found the lead singer, Elena, so endearing to the audience of primarily young women her same age and probably feeling a lot of the same things: an onslaught of thoughts about the future, the fury and excitement of the present, while still making sense of the recent past.

I felt older than most at the concert, but my 24-year-old self was there in spirit. My present-day mum self also thought, "Wow, her parents must be proud."

So with the new single "Doing The Right Thing," I look forward to more unleashing of those mid-to-late twenties kinds songs that need to see the light of day…or the dark of evening.

Posted by chunkytoast at 11:06 PM No comments: 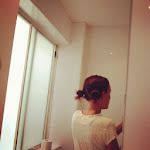